The New Arctic: a source of toxic and climate-active chemicals? By Hélène Angot, 2021 Atmosphere Working Group 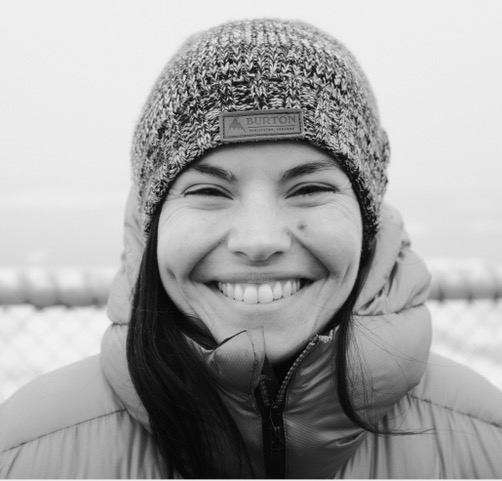 We have all heard that Arctic sea-ice is melting, permafrost is thawing, vegetation is greening, and boreal forests are burning. What you might not know is that this affects Arctic biogeochemical cycles (pathways by which chemical compounds circulate between the atmosphere, ocean, soils, and vegetation), with implications for environmental and human health and climate feedback.

During my Ph.D. at the Univ. Grenoble Alpes (France) and postdoc at the Massachusetts Institute of Technology (United States), I worked on the cycle of mercury, a toxic metal that bioaccumulates in global food webs. What we have learned in recent years, and summarized in the latest Arctic Monitoring & Assessment Programme report, is that wildfires and thawing permafrost soils release previously locked-away mercury with potentially massive implications for ecosystems and human health around the world.

As a postdoc at the University of Colorado Boulder, I later led two field campaigns in Northern Alaska and showed that rapid Arctic warming, a lengthening growing season, and increasing abundance of shrubs all increase the atmospheric abundance of biogenic volatile organic compounds. These compounds lead to the formation of organic aerosols that can influence Arctic climate by changing the amount of heat that gets in or out of the atmosphere, or by affecting cloud formation. Using long-term atmospheric observations at the Greenland Environment Observatory at Summit (GEOSummit), I also investigated climate-change-induced increases in Arctic wildfires and their feedbacks on the atmospheric abundance of non-methane hydrocarbons, important precursors of tropospheric ozone and aerosols.

More recently, I participated in the Multidisciplinary drifting Observatory for the Study of Arctic Climate (MOSAiC) expedition. The backbone of MOSAiC was the year-round operation of the Research Vessel Polarstern that drifted with the sea ice across the central Arctic from September 2019 to October 2020. Together with colleagues, we deployed a complementary suite of in-situ trace gas instruments to give a comprehensive picture of ambient concentrations and fluxes (air-sea gas exchanges) of key greenhouse and reactive trace gases. As a scientific collaborator at the Extreme Environments Research Lab in Sion, Switzerland I am currently curating and analyzing the large datasets collected during the expedition, with a special focus on the sulfur cycle.

In a nutshell, I investigate the impacts of climate change on the Arctic mercury, carbon, and sulfur cycles. My overarching goal is to improve our understanding and model representation of coupled atmosphere-ice-ocean-land processes in the Arctic. The IASC Fellowship program, therefore, presented an ideal opportunity to promote this interdisciplinary approach and I can’t wait for the next in-person Arctic Science Summit Week to meet you all (hopefully in 3D!).

From 2020, following the recommendations of the IASC Action Group on Indigenous Involvement (AGII), IASC welcomed also two indigenous Fellows (Inaugural Fellows announced on 27 April 2020) (Inaugural Fellows announced on 27 April 2020)). IASC has had Indigenous Fellows before, but this new recommendation (and budget line!) means that there will be at least one every year, as an additional sixth Fellow appointed each year. They will be able to choose whichever IASC Working Group is most of interest and relevance to them.

The IASC Fellowship Program opens for new candidates every year around late September and is due mid-November. The call and the selection is held in collaboration with APECS.