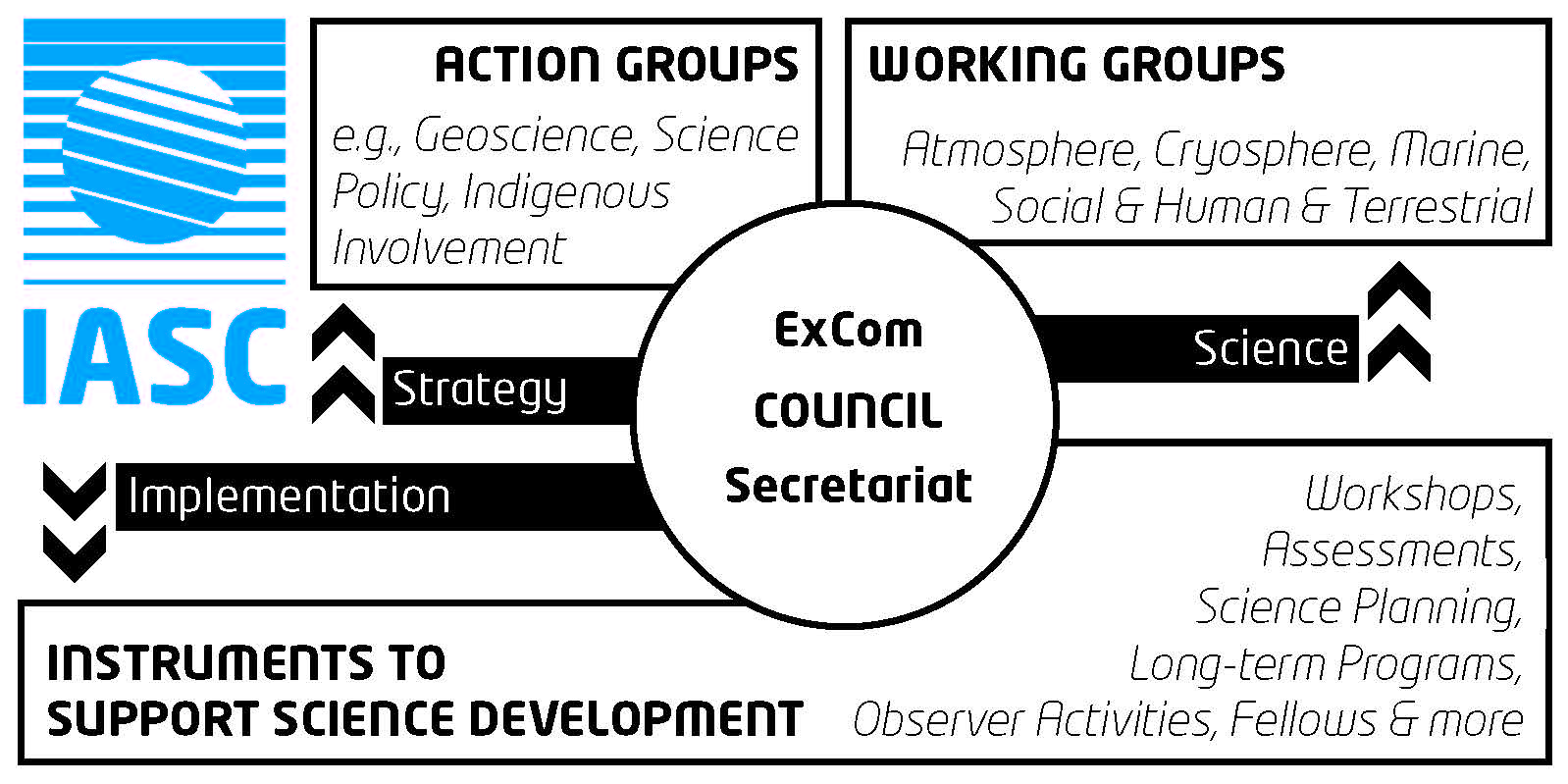 IASC is governed by a Council, composed of one representative of each of its member countries, which meets annually at the Arctic Science Summit Week. The Council sets priorities and guides the work of the organisation. An Executive Committee, consisting of an elected President, four elected Vice-Presidents and a permanent Executive Secretary operates as a Board of Directors and manages IASC activities between Council meetings. The Secretariat is currently hosted by Rannis (Iceland), and is responsible for the day-to-day operations of the organisation. The Secretariat was previously hosted by Germany, Norway and Sweden.

IASC is engaged in all fields of Arctic research and its main scientific working bodies are five Working Groups: Atmosphere, Cryosphere, Marine, Social & Human and Terrestrial. Each Working Group is composed of up to two scientists from each IASC member country, appointed by the national adhering bodies. Though the Working Groups are disciplinary, they also address cross-cutting science questions by initiating activities which involve at least two WGs.