The eight Arctic governments signed the Agreement on Enhancing International Arctic Scientific Cooperation (sometimes colloquially referred to as the Arctic Science Agreement) on May 11, 2017 in Fairbanks, Alaska; the Agreement entered into force on May 23, 2018.

The Agreement facilitates access by scientists of the eight Arctic governments to Arctic areas that each government has identified, including entry and exit of persons, equipment, and materials; access to research infrastructure and facilities; and access to data.

The Agreement also calls for the parties to promote education, career development and training opportunities, and encourages activities associated with traditional and local knowledge.

The Agreement applies to these areas, as described in Annex 1 of the Agreement: 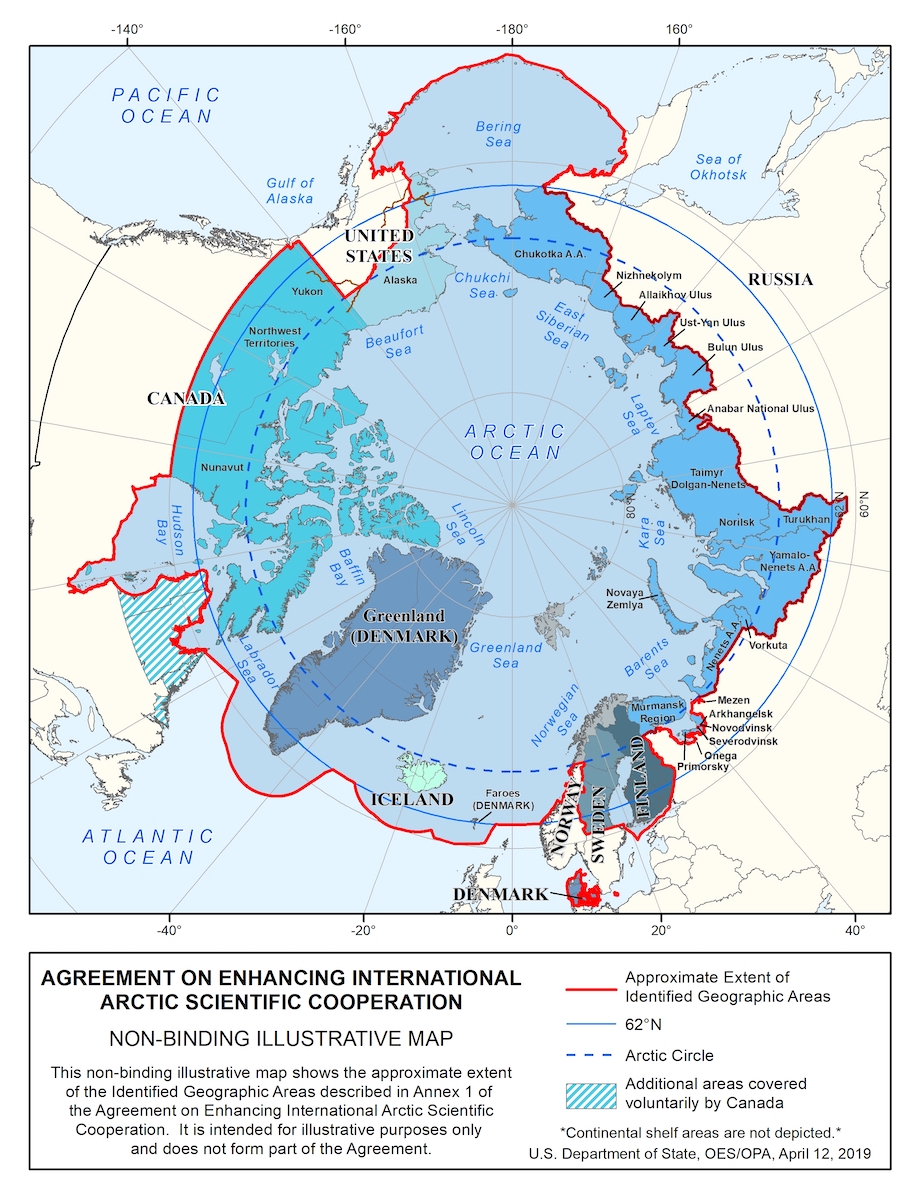 A protocol for communication with the points of contacts is being developed. It is indended for you to work with your own national point of contact, who will in turn raise any issues with their international colleagues. 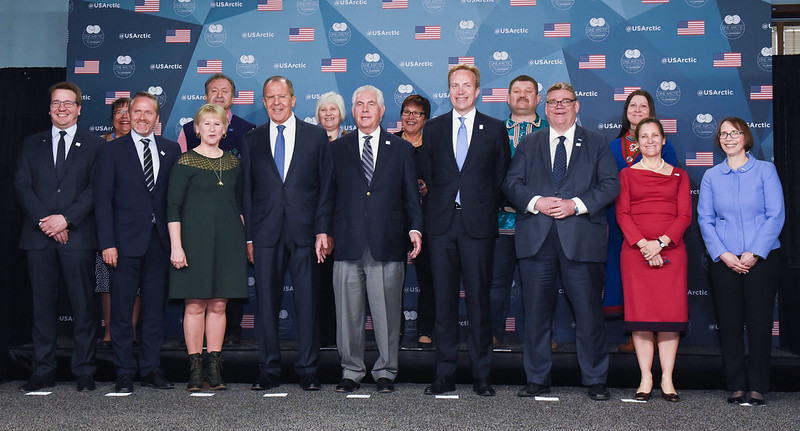