Letter of Agreement between IASC and SCAR Renewed 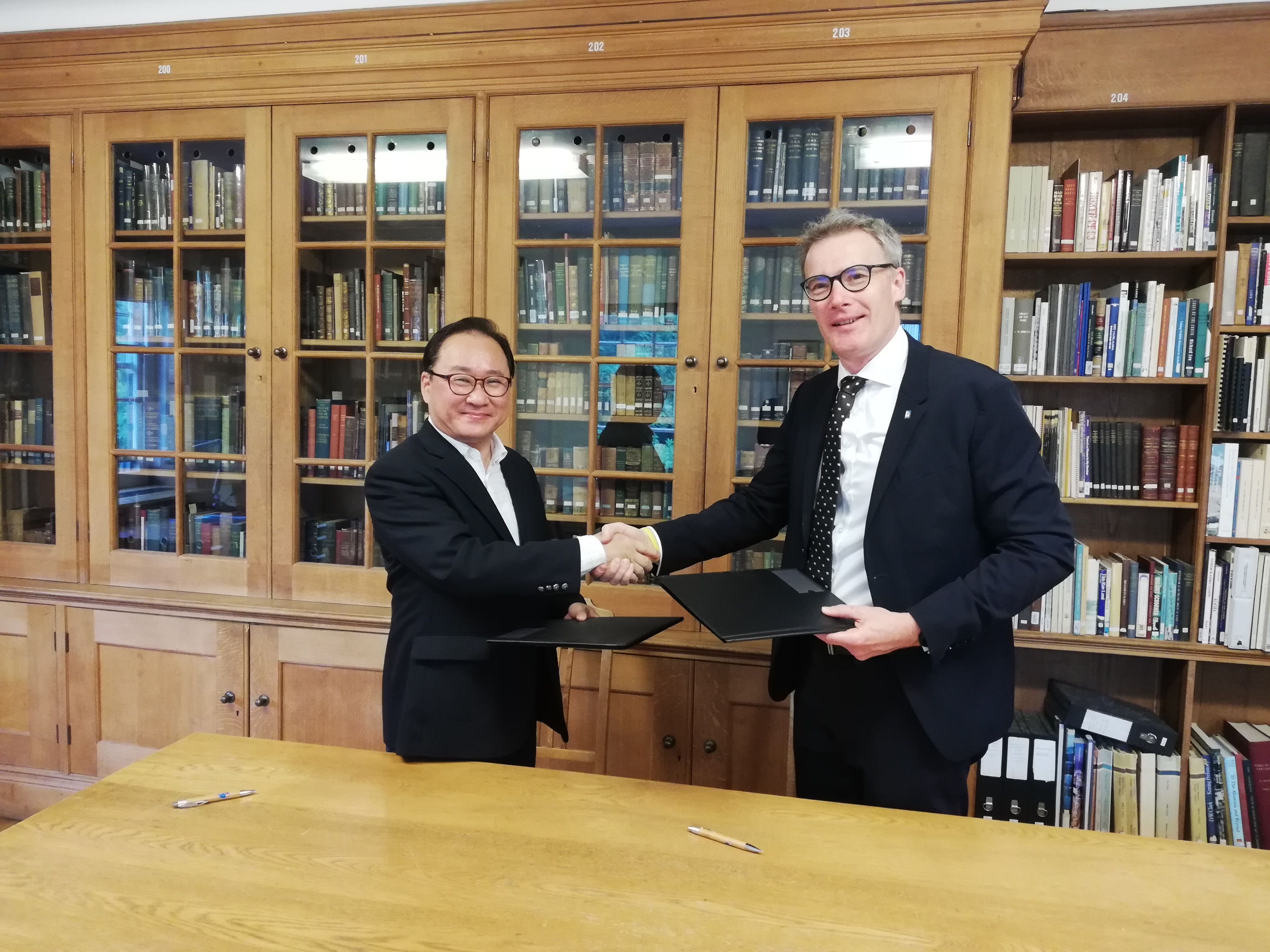 Today at the Scott Polar Research Institute, Cambridge, UK, the President of the Scientific Committee on Antarctic Research (SCAR), Dr Yeadong Kim and the President of the International Arctic Science Committee (IASC), Henry Burgess renewed the Letter of Agreement (LoA) between the two organisations.
Through the LoA, SCAR and IASC agreed to combine their efforts in selected fields and activities so as to raise the level of impact of both organizations in terms of making scientific advances and of advising policy makers (for example of the likelihood and likely effects of climate change), as well as to avoid duplication.
With the present letter SCAR and IASC agree to continue this partnership, taking into account the development of both organizations during the last five years and the lessons learned from the IPY 2007/2008 and the POLAR 2018 joint science conference. The LoA is for a term of 5 years and follows the previous LoA between the organisations, signed in 2016.
Click here to read the Letter of Agreement.