Activity Report: The 3rd International Conference on 'Polar Climate and Environmental Change in the Last Millennium' 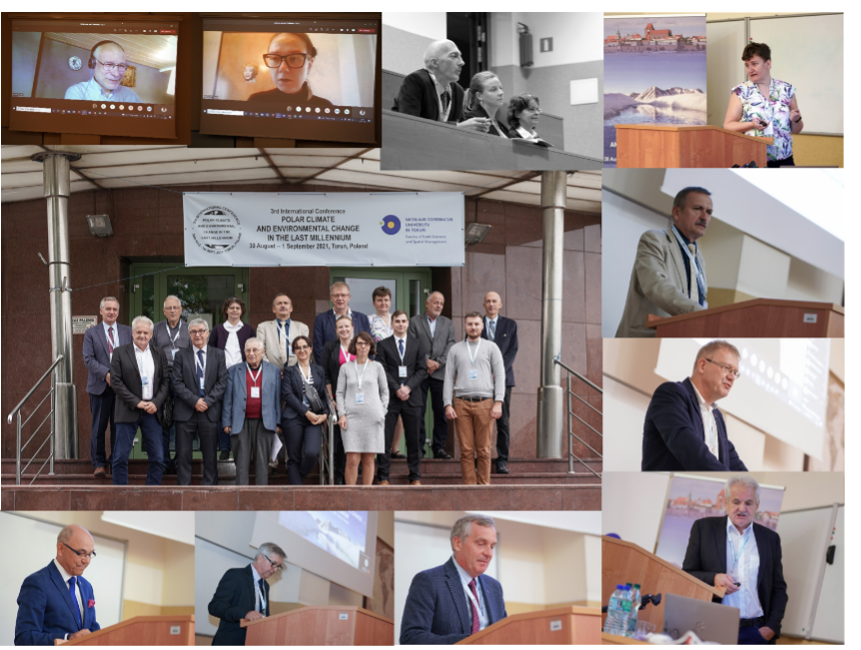 The aim of the conference was to present the current state of knowledge on climate and environmental changes in the polar regions in the last millennium. The hitherto achievements of science in the field of historical climatology of polar regions were presented on the basis of meteorological, historical, dendrochronological, palaeolimnological, geophysical, geomorphological and other observations and measurements.

44 scientists from Poland and around the world (including Belgium, Finland, Iceland, Canada, Germany, Norway, Switzerland, Peru, Russia, USA and Great Britain) participated in the conference. The conference was held in a hybrid mode. 50% of participants took part in it by contact, the rest remotely via the MS Teams platform (Photo 1).