State of the Arctic Coast 2010 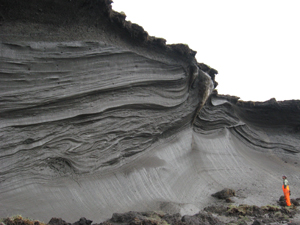 The coast is a key interface in the Arctic environment. It is a locus of human activity, a rich band of biodiversity, critical habitat, and high productivity, and among the most dynamic components of the circumpolar landscape. The Arctic coastal interface is a sensitive and important zone of interaction between land and sea, a region that provides essential ecosystem services and supports indigenous human lifestyles; a zone of expanding infrastructure investment and growing security concerns; and an area in which climate warming is expected to trigger landscape instability, rapid responses to change, and increased hazard  exposure. The circumpolar Arctic coast is arguably one of the most critical zones in terms of the rapidity and the severity of environmental change and the implications for human communities dependent on coastal resources.

We are pleased to announce the official release of the international report on the State of the Arctic Coast 2010 – Scientific Review and Outlook, sponsored by the International Arctic Science Committee (IASC), the international Land-Ocean Interactions in the Coastal Zone (LOICZ) Project, the Arctic Monitoring and Assessment Programme (AMAP), and the International Permafrost Association (IPA). A collaborative effort by 47 lead and contributing authors from 10 nations including all those bordering the Arctic coast and others with Arctic interests, this report grew from a recommendation by the Workshop on Arctic Coastal Zones at Risk, convened in Tromsø, Norway, in October 2007. The report was peer-reviewed and released in draft form for open public review in 2010.

The report is available for viewing and download at www.arcticcoasts.org and is published by the Helmholtz-Zentrum Geesthacht, LOICZ International Project Office, at the Institute of Coastal Research, Geesthacht, Germany.