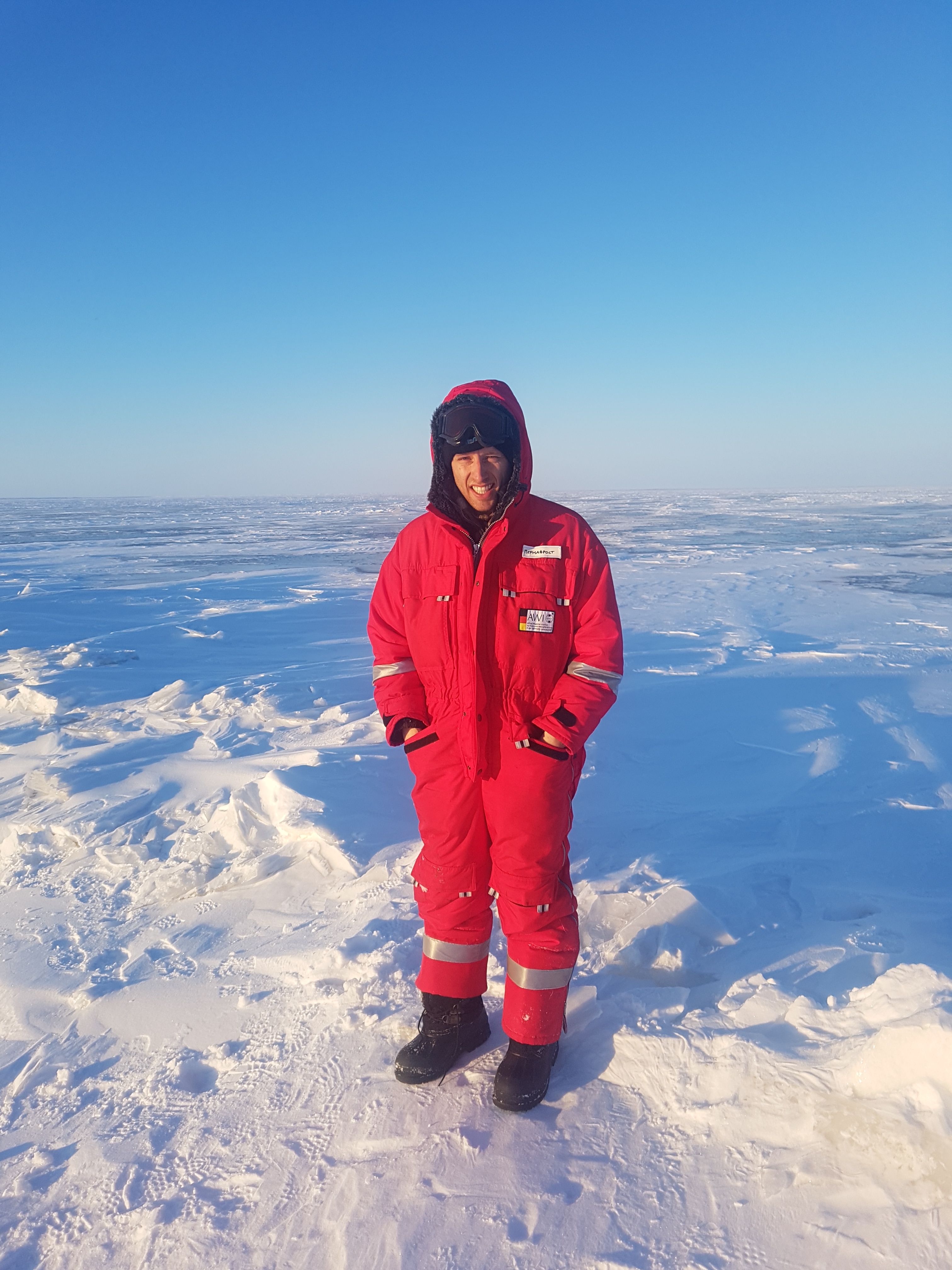 10 years ago I would not have thought to go to the Arctic or even to do a PhD. However, step by step, after a Master degree in Sweden, followed by a Master thesis with fieldwork in the sub-Arctic, and eventually writing a  PhD thesis at AWI that included extensive fieldwork in Siberia and Alaska, I became fascinated with this landscape. The vast areas of the Arctic, its remoteness, which always gives a touch of an adventure when doing fieldwork, and certainly the rapid changes currently occurring especially in this region lead to an enduring interest in the landscape, the processes and the effects of a changing Arctic.

My current research deals with the Arctic permafrost region with a focus on river deltas. Arctic deltas are remote, often hard to access, and located at the land-ocean interface,  exposing them to be severely affected by a changing climate. In terms of permafrost areas, Arctic deltas can be considered as dynamic landscapes where annual flooding, sediment deposition and erosion, or river migration take place. In my research, we asked the question how much carbon and nitrogen are stored in these delta deposits and what will happen to these deposits. Since delta deposits are considered deep permafrost deposits, large amounts of carbon are likely stored in them. However, this already active deltaic landscape will become even more dynamic by increased river runoff, shrinking sea ice cover, sea level rise or thawing permafrost leading to the degradation of these deep carbon rich deposits. Will the Arctic deltas remain sediment and carbon sinks or will this lead to an increased carbon and nitrogen input into the Arctic ocean with effects on the entire Arctic ecosystem? This opens numerous research opportunities among different disciplines and makes Arctic deltas an exciting field for research.

Becoming an IASC fellow is a huge opportunity for me to connect outside my field of research with the broader Arctic community. This is particularly interesting when working in Arctic deltas, which are at the intersection of the cryosphere, terrestrial and marine domain and therefore offer a wide range of potential collaborations. While during the last ASSW not only the format but also most of the people were new to me, I´m excited for the next ASSW 2021 to learn more about the different projects currently going on in the Arctic.

From 2020, following the recommendations of the IASC Action Group on Indigenous Involvement (AGII), IASC welcomed also two indigenous Fellows (Inaugural Fellows announced on 27 April 2020). IASC has had Indigenous Fellows before, but this new recommendation (and budget line!) means that there will be at least one every year, as an additional sixth Fellow appointed each year. They will be able to choose whichever IASC Working Group is most of interest and relevance to them.

The IASC fellowship Program opens for new candidates every year around late September and is due mid-November. The call and the selection is held in collaboration with APECS.