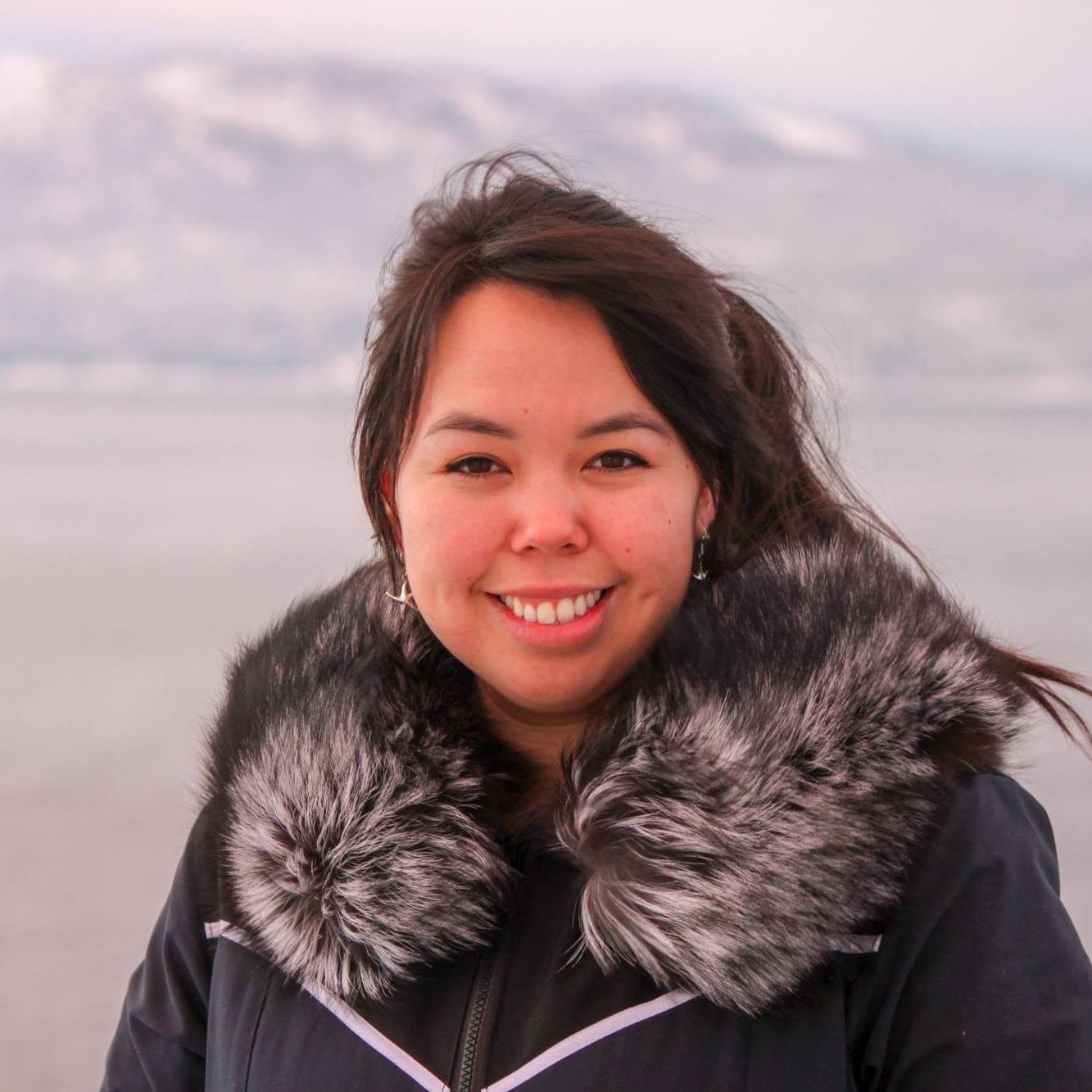 Marine mammals across the Arctic, such as the beluga whale, provide as staple food items for many Inuit communities across Inuit Nunaat (Inuit homeland across the northern hemisphere). These very same mammals along with many others are intricately tied with Inuit culture and worldview. In fact, the two are so connected that our Inuit mythology heavily revolves around the sea and the sea goddess Nuliayuq, or anglo Sedna. Nuliayuq is said to have created all marine mammals when she fell off her father’s qajaq, and her fingers cut away to release her grasp of the boat. Her fingers became the marine mammals that Inuit across the Arctic continue to harvest for subsistence.

My research is centered on marine mammals across Inuit Nunaat. I am currently in the second year of my PhD at the University of Manitoba, Canada. With my past work on ringed seal health through pathology and Inuit Qaujimajatuqangit, which encompass Inuit values and knowledge of wildlife, in Eastern Nunavut, I am now working on beluga health. Specifically, my thesis is a comparative study examining the Western Hudson Bay and the Eastern Beaufort Sea beluga populations with respect to whale health and the different ways in which Inuit from both regions consume and monitor them.

The unique components of the Inuit beluga harvests and Western scientific inquirt of marine mammals come together to create research programs that provide baseline information on the pathological landscape of the beluga, all the while basing the research goals and training within the communities’ grasp. Sampling harvested whales, which are whales selected by hunters for consumption, allows us to obtain samples that would be extremely invasive in live captured whales, or even impossible to access. With these harvested whales we have the opportunity to look for not only the antibodies against viruses and bacteria but the pathogens themselves, which present more reliable results than solely using blood samples. This is great information to have so that we can monitor for any changes in prevalence of diseases, and even new occurrences of disease. These changes in prevalence and occurrence of new diseases are predicted to increase as different species move further north with the warming oceans. Although not all pathogens are capable of cross-species transmission, some of them could be. This makes it all the more important to establish a baseline for pathogen prevalence in marine mammals across the Arctic. In many ways, monitoring marine mammal health can inform us on possible impacts to Inuit health, and Inuit Qaujimajatuqangit can inform Western science on valuable local observations, observed changes in the environmental, and partnerships.

As a new fellow in the marine working group, but also as an Inuit fellow inducted through the Action Group on Indigenous Involvement, I hope to engage in many conversations about the many facets of Arctic science. Despite the unique circumstances and limitations of current events brought on by COVID-19, I am grateful for having been selected as a fellow and look forward to meeting many other in the Arctic science realm.

From 2020, following the recommendations of the IASC Action Group on Indigenous Involvement (AGII), IASC welcomed also two indigenous Fellows (Inaugural Fellows announced on 27 April 2020). IASC has had Indigenous Fellows before, but this new recommendation (and budget line!) means that there will be at least one every year, as an additional sixth Fellow appointed each year. They will be able to choose whichever IASC Working Group is most of interest and relevance to them.

The IASC fellowship Program opens for new candidates every year around late September and is due mid-November. The call and the selection is held in collaboration with APECS.