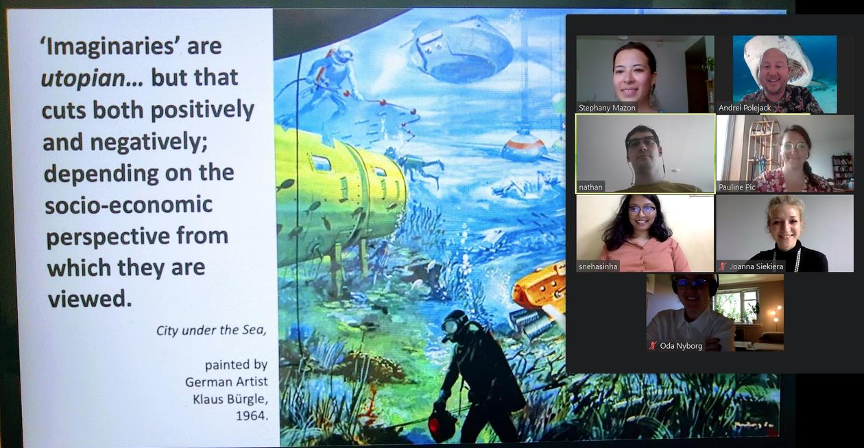 The 2020 Warsaw Science Diplomacy School, held in June, was organized by the European Academy of Diplomacy and the European Commission supported Horizon 2020 project InsSciDE. As part of my Fellowship within the Social and Human Working group of IASC, I was happy to be able to participate and take part in this first edition of the school.

The school gathered an international and interdisciplinary group of fantastic students coming from very different yet complementary backgrounds, to think about science diplomacy and how it applies to several global challenges such as global health (due to COVID-19, the entire school had to be held remotely and an entire afternoon was dedicated to the question of pandemics and global health issues). 28 students coming from 6 continents, 10 EU member states and 27 countries took part in this programme.

The school was organized around four main historical case studies:

This choice of a historical approach was very engaging, shedding light on crucial historical aspects of negotiations, underlining lesser-known features of science diplomacy. If it is a very “trendy” concept nowadays, it was also, for example, an instrument of colonialism as shown in several case studies. This historical perspective was really eye-opening and allowed for a deeper understanding of the political mechanisms at play in Science Diplomacy. The UNCLOS case study also underlined the pressing aspect of unequal access to science and knowledge, which was very thought-provoking.

An entire day was dedicated to risks, safety and security concerns as science diplomats often deal with sensitive topics—pandemics, nuclear research, etc.—possibly leading to some difficulties. It echoed some very recent headlines and seemed like a timely session to remind students that Science Diplomacy is a complex field. It also served as a reminder of the power dynamics inherent to the practice of Science Diplomacy.

All in all, the school shed light on both historical aspects of Sci-Dip, but also very practical features of what it entails and offered a thorough insight of the field altogether. All students were very enthusiasts and look forward to being a part of the European cluster for Science Diplomacy this first session initiated.

This meeting report was submitted by Pauline Pic, 2020 IASC Fellow.