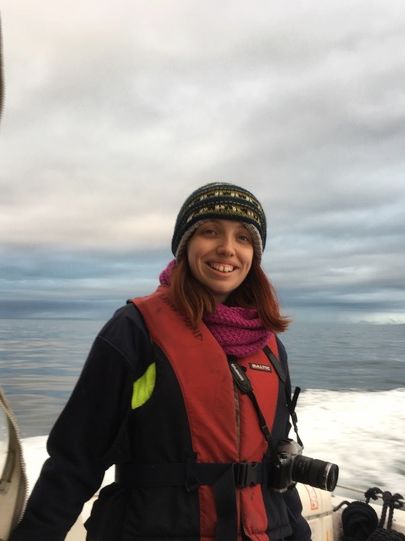 Zeppelin station in Svalbard, where I began fieldwork this October, is at the top of a rugged, snow-topped mountain. This mountaintop can be reached only by a four-seater cable-car that lists dangerously in the wind and which we had to practise evacuating in a harness. The cable-car connects our station to Ny-Ålesund, a research town with some 40 inhabitants. You can get here by plane from Longyearbyen on a good day, or by helicopter on a bad. Or, as on our arrival, perhaps neither is available and the only option is a roiling six-hour boat trip through Arctic seas, with the knowledge that a nearby storm is skirting the island.

Formidable mountains, extreme temperatures and vigilance against polar bears makes our small human settlement feel almost flimsy. It’s particularly jarring, then, to realise how much we as humans have altered, and will continue to alter, this landscape. Ny-Ålesund’s winter temperature is increasing by 3.1°C per decade, more than double the global average. This is a catastrophe in a place so vulnerable to climate change; where glaciers, permafrost and wildlife alike rely on the freezing conditions.

Changes in clouds could be responsible for some of this warming. When cloud droplets or ice crystals form, they do so around aerosol particles – small particles suspended in the air that can often come from pollution. As time goes on, though, more pollution from lower latitudes is finding its way into this pristine atmosphere in the winters. This changes the way clouds form, which could be trapping heat close to the ground. At Zeppelin, we suck in cloud droplets to examine the particles at their hearts and find out what they are made of. Each particle gives us a glimmer of insight, helping us understand the driving force behind the warming Arctic winters.

I researched aerosol particles in West Africa during my PhD, which is as far-removed from the Arctic as could be imagined. Even so, the stories in both places have eerie similarities: an increase in aerosol particles is changing clouds, which has knock-on effects on the regional climate. Understanding the specifics of the Arctic atmosphere is important and being an IASC fellow in the Atmosphere Working Group has been a fantastic way to learn from the experts about this new, haunting landscape that I find myself in today. Especially now that I have experienced the Arctic for myself, I’m looking for new ways to work with the IASC community and contribute to our joint understanding.