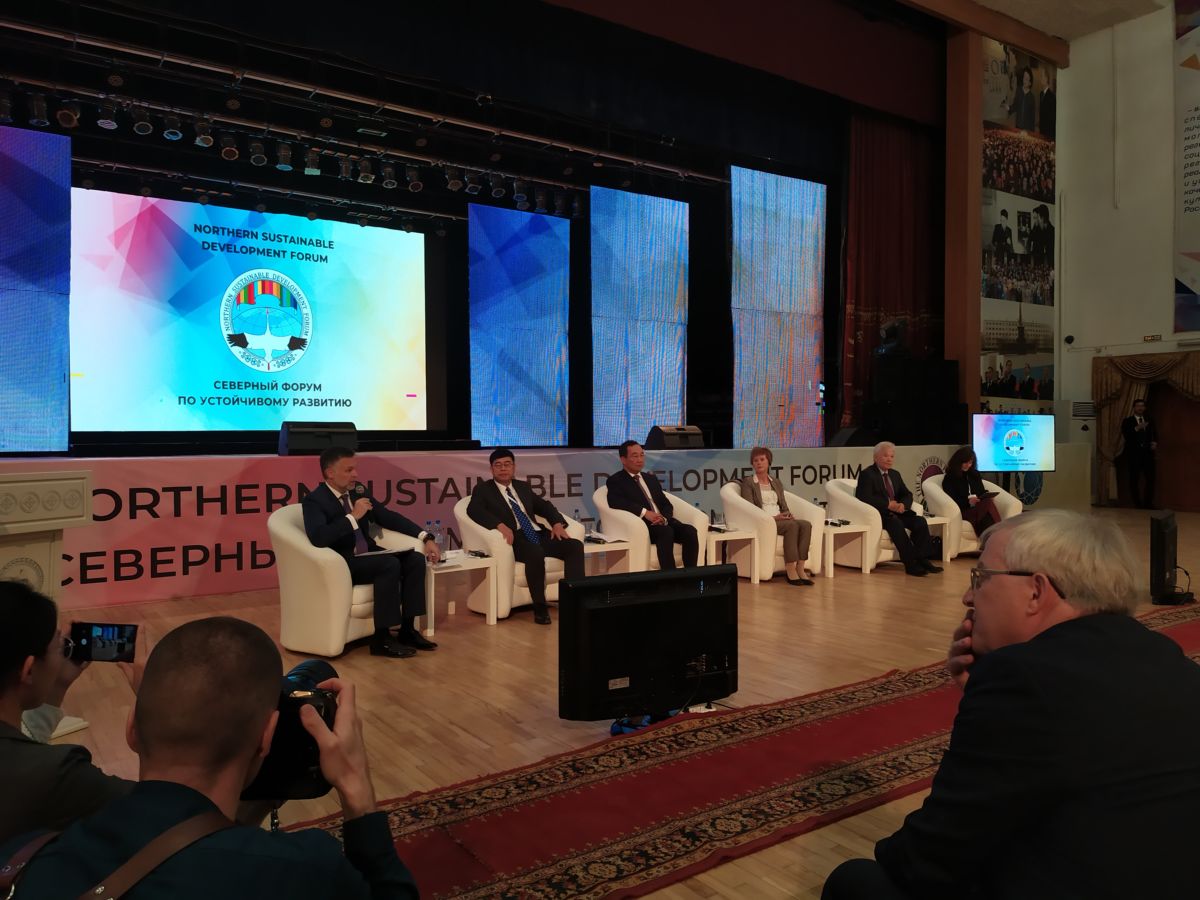 One of the missions of the Forum is to connect and open dialogue between different groups of Arctic and Northern stakeholders in order to facilitate the human well-being and balanced existence in complex socio-ecological systems of the Arctic. To ensure such mission the program of forum has been structured the way it could include a number of venues and proper conditions for communication between people and stakeholders at the interregional and international levels – plenary and themed sessions, round tables, institutional and B2B meetings, lectures, master classes and active individual dialogues. The greater attention within the NSDF program has been paid to the young scientists and indigenous groups.

The number of important agreements has been signed along the Forum’s days with regional administrations, international and national organizations, big companies on implementation of joint interdisciplinary projects by creating international experts’ teams.

Scientific discussions and workshops attracted more than 50 scientists from different institutions with an interest and research devoted to the Northern regions and their sustainability. The overarching goal of discussion was to understand how the quality of life of population can be improved, and which mechanisms to support sustainable development in the cold-climate regions work more effectively and can be used as model for other northern territories within the circumarctic community.

Main outcomes of NSDF were:

- NSDF successfully implemented the multi-stakeholder dialogue within the Forum's program and discussed the possible ways to improve and facilitate human well-being and sustainability including balanced existence within the socio-ecological systems of the Arctic and the Northern regions;
- The number of agreements on enhanced cooperation in the context of Arctic science, business and culture among the different groups of stakeholders was signed within the Forum which in the foreseeable future will help to increase the level of communication among the important Arctic stakeholders;
- NSDF is preparing the recommendations and road map for future strengthening of Northern sustainability based on the results from discussions and community feedback.
We expect NSDF to become an annual platform for international cooperation and discussions on Northern sustainability.

Read more about the Forum and its outcomes here: http://nsdf.ru/en/