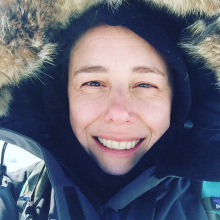 When I was an undergrad in the 1990s, Inuit of Sanikiluaq, Nunavut were making headlines as they travelled to New York City from eastern Hudson Bay to protest the expansion of hydroelectricity development on their lands. Hydroelectricity generation had begun to change sea ice and constrain traditional land-use. Because of this, Inuit began working with scientists and policy-makers to protect their lands from further development. These collaborations were fascinating, and motivated me to go into the environmental sciences. I never imagined that, years later, I would end up working with the same community that first inspired my career path.

Since the 1990s, climate change has compounded the impacts of hydroelectricity generation in eastern Hudson Bay. Now, as a PhD candidate, I study Inuit knowledge of the cumulative impacts of environmental change in eastern Hudson Bay. This work is highly collaborative, driven by elders, younger hunters, and hunting organizations in Kuujjuaraapik, Inukjuak, and Umiujaq in Nunavik, and the community of Sanikiluaq on the Belcher Islands of Nunavut. Together we are mapping out how sea ice and salinity has changed since the development of the James Bay hydroelectric project in the 1970s. 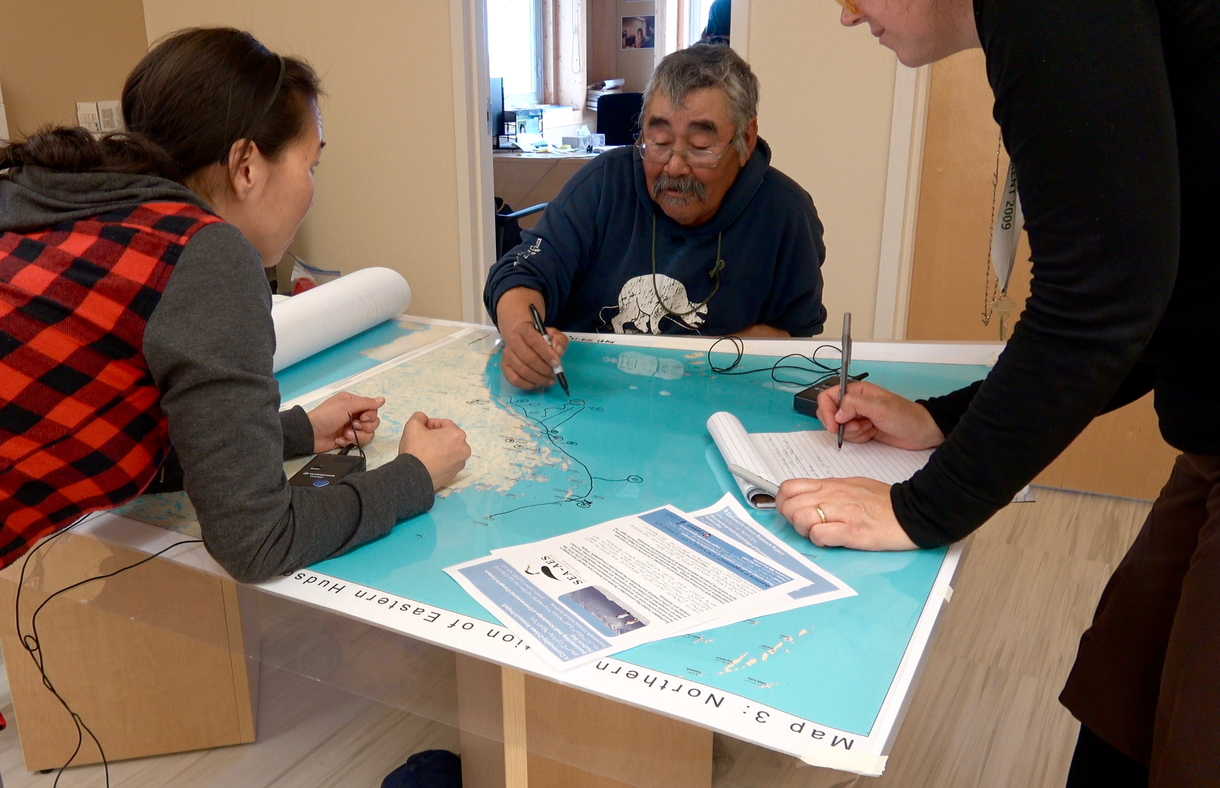 One reason why I wanted to work on this project is because of the degree to which Inuit in Sanikiluaq are shaping how research is being conducted on their traditional lands. I believe people across the globe can learn and benefit from the ways in which Inuit – as well as Sámi, Iñupiat, Tyvan, and other Indigenous Peoples in the Arctic - have asserted their interests and priorities in research and environmental governance.

My goals are primarily to support the communities I collaborate with, who are at the front-lines of environmental change. But I also want to contribute to the growing body of Inuit-led research that is transforming how science is done so that everyone living in the circumpolar north may more directly benefit from research conducted on their homelands. Being an IASC fellow is contributing to these goals by connecting me with Indigenous scholars, Indigenous-led research projects, and with researchers from across the disciplines who are building the capacity for Indigenous-led science to become the norm in Arctic science.

Do you want to read more about Meghan's work? Check her webpage.

(Photo on the right: Courtesy of Meghan Sheremata (right), with Eliasee Weetaluktuk (elder, centre) and Laura Iqaluk (interpreter, left) in an interview in 2017 in Inukjuak, Nunavik)