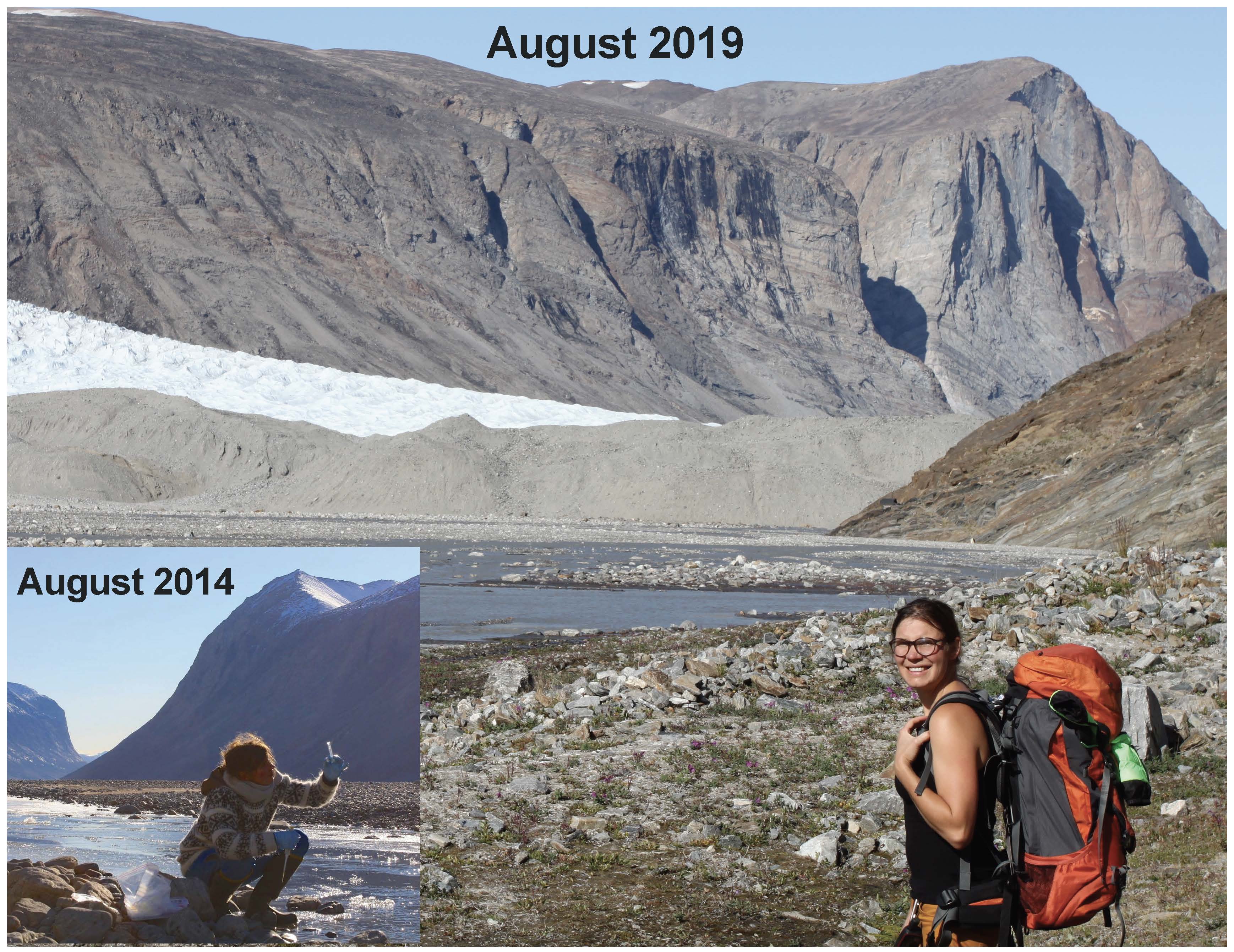 Recently, I returned from Northeast Greenland where I was studying the Young Sound fjord system. As the bare arms in my photo show it was unusually warm. Since an earlier visit in 2014, I observed that several glaciers retreated notably (Picture 2 - click on the picture to enlarge). Much like the observations from Southwestern Greenland by the IASC Fellow Clay Prater (see the August 2019 IASC Newsletter), the river flows were above the average for this time of the year. The high temperatures, melting glaciers, and rushing rivers together paint a clear picture: more meltwater, glacial flour and nutrients are being pumped into coastal Greenland ecosystems.

As postdoc at the Arctic Research Centre in Denmark, I research how the coastal food webs and biogeochemical cycling are affected by glacial runoff. The aim of this summer’s field campaign was to trace the input of glacially derived matter in the Young Sound fjord by sampling both rivers and the ocean water column. Further, we collected and characterised the sinking particles in sediment traps and sediment cores and experimentally tested the effect of glacial silt and glacial organic matter on microbial communities. 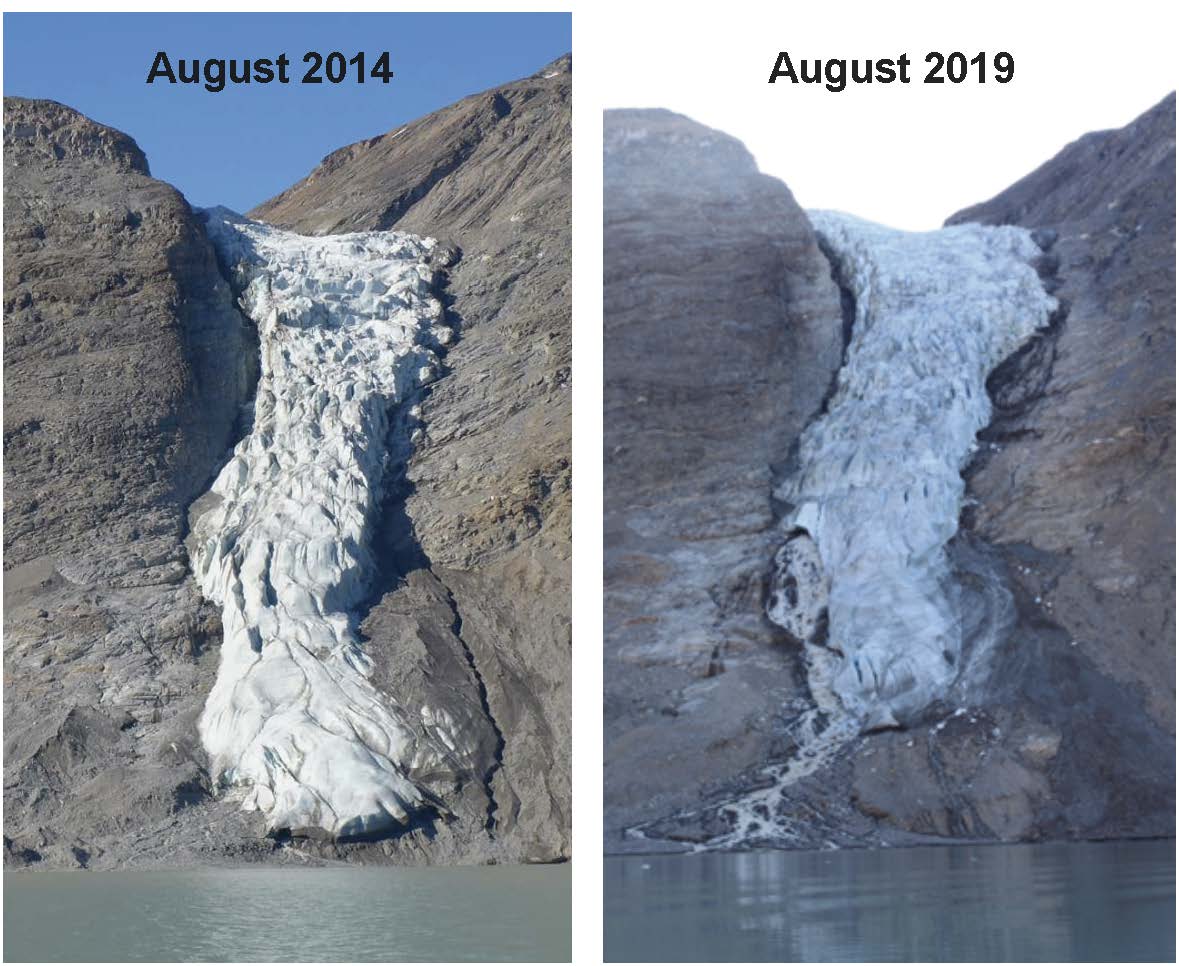 One of the aims of my postdoc is further to study the chemical change that occurs when freshwater mixes with saltwater. The irons in the sea water neutralises the charged organic molecules and clay particles in the freshwater, making them clump together and sink to the ocean floor (as illustrated in Picture 3 - click on the picture to enlarge). This process is known as salt-induced flocculation and is responsible for a large proportion of both organic matter and nutrients sinking out of the water column and thereby this nutrition cannot feed the surface communities in the coastal area. Little is known about how salt-flocculation actually alters the concentration and character of organic matter and nutrients as there are no standard way to measure this. I here used a method newly developed by Canadian researchers at Memorial University and I coordinated that similar flocculation measurements were conducted in Svalbard, Russia, East Greenland and Canada this summer, enabling a comparison across different Arctic systems and various types of runoff. Preliminary results show that 50-70% of the dissolved organic matter from rivers flocculates and thus becomes particulate and sink to the bottom.

As an IASC Fellow in the Marine Working Group, I much appreciate both the international and the cross-system approach; the possibility to connect across borders is absolutely necessary to assess the changes in the Arctic. Also, I feel that it gives me a taste of the often hidden, opaque, or bureaucratic parts of science, which is far from my everyday work as a postdoc. Over the course of my Fellowship, I hope to expand network and scientific understanding of connections within Artic systems.