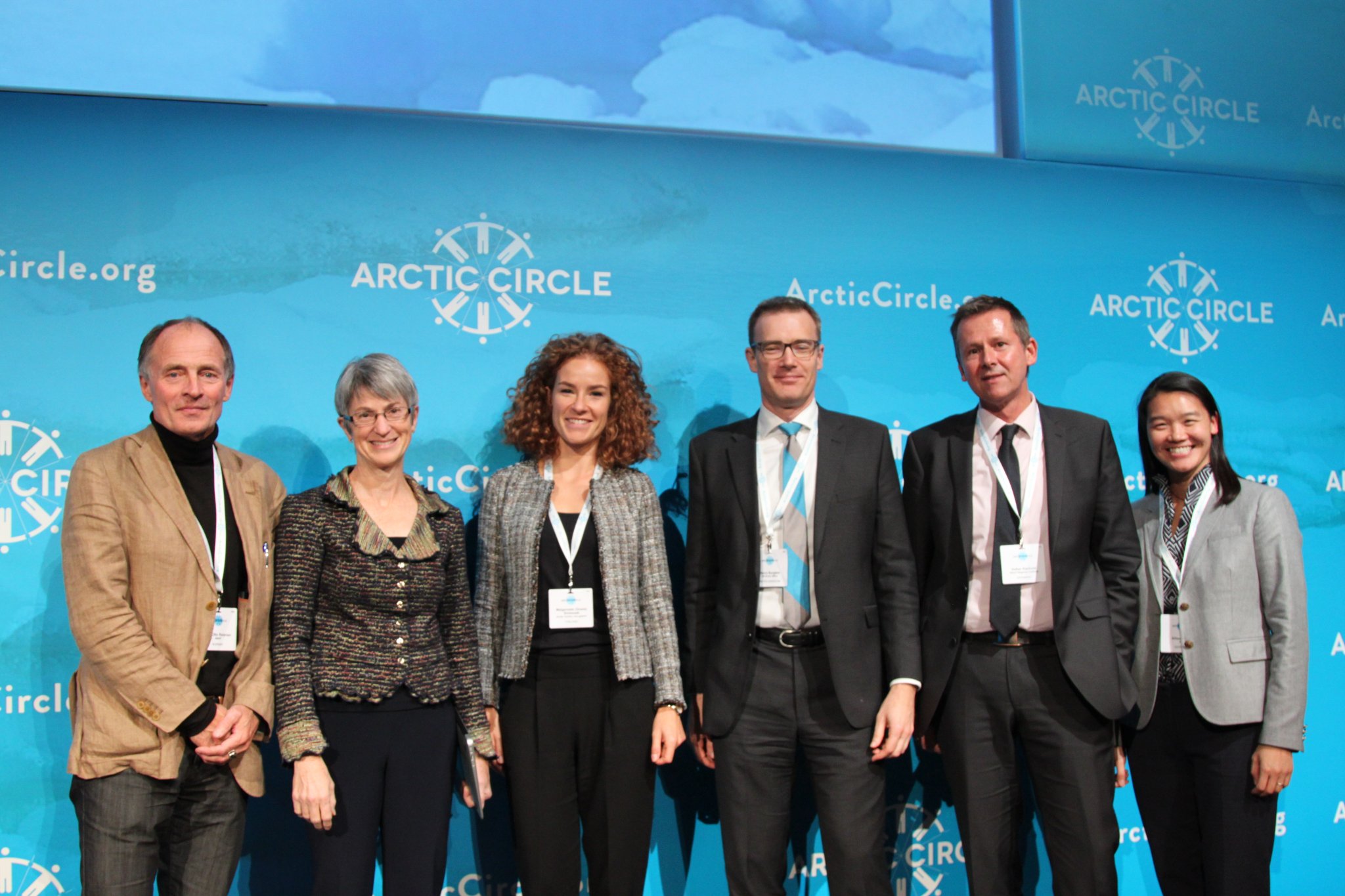 The need to better connect Arctic science with decision-making has been well recognized and calls for it have come from scientists and decision-makers alike. To advance discussion on this issue IASC hosted a breakout session “Connecting Arctic science with decision-making - from IASC to the Arctic Council” at the Arctic Circle Assembly 2017. The session built upon recent efforts of IASC to enhance its capacity to provide advice on issues of science in the Arctic and the communication of scientific knowledge to policymakers and was one of the outputs of IASC Action Group on Communicating Arctic Science to Policy-Makers (CASP). During the session speakers covered various aspects of connecting Arctic science with decision-making: from providing scientific input to inform timely and constructive policy-making; linkages between IASC, the Arctic Council and relevant international processes; to challenges of raising awareness of Arctic change to the public and decision-makers outside of the region, and critical importance of facilitating international scientific collaboration on the Arctic.

In their presentations and in the discussion that followed speakers raised a variety of interesting points, including:

- Insufficient communication and a pressing need to speak more about much higher than global mean increases in air temperature in the Arctic – even under the Paris Agreement;
- Recognition that Arctic-related policies are often much wider in scope and should be presented as such to decision-makers, especially in non-Arctic countries (connections for example with the Convention on Biological Diversity (CBD), International Maritime Organization (IMO) and Long-Range Transboundary Air Pollution (LRTAP)
- Need to acknowledge that the flow from advice to action is complex – and should be addressed as such
- Key role of trusted intermediaries in catching the imagination and bringing information about the Arctic to the public and decision-makers
- Call for holding more regularly scientific meetings back to back with policy-making events (e.g. Arctic Science Summit Week in conjunction with gatherings of the Arctic Council)
- Critical importance of access to data and geographical sites for enhancing understanding, monitoring and assessment of Arctic systems – both challenges that pertain to it (access to data from other countries as well as from companies) and ongoing efforts to improve it (SAON, the Agreement on Enhancing International Arctic Scientific Cooperation signed in May 2017)
- Existing disconnection between how funding agencies fund science and major funds needed for supporting large-scale projects

After the Arctic Circle Assembly CASP Action Group hold its meeting at the premises of the Icelandic Center for Research (Rannis) and further discussed ways to improve communication of scientific knowledge on the Arctic to decision-makers. To learn more about work of CASP please contact Gosia Smieszek, the co-chair of the action group