An overview of IASC participation at the Arctic Circle, 13-15 October 2017 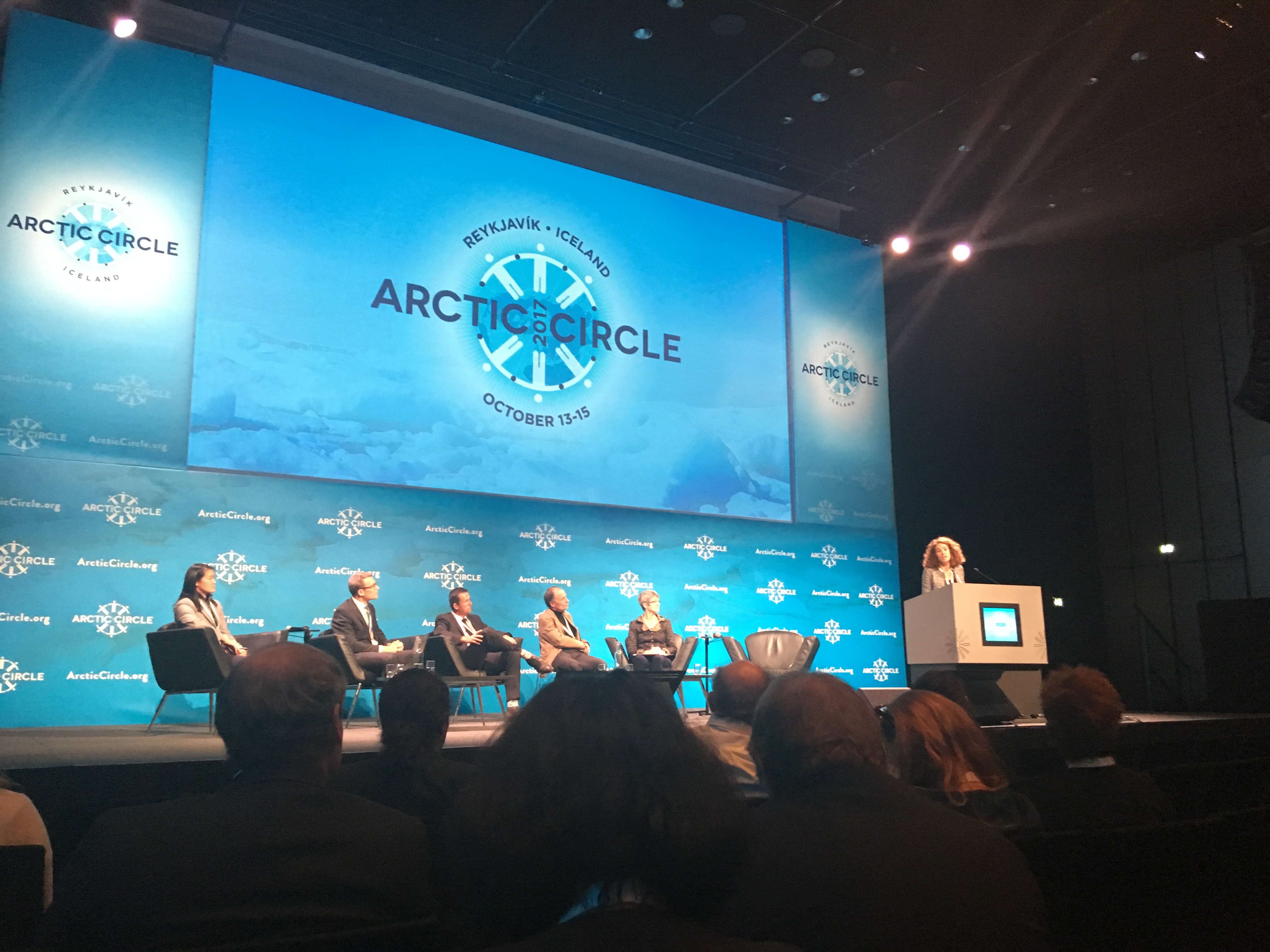 The annual Arctic Circle Assembly is one of the largest annual international gatherings on the Arctic, attended by more than 2000 participants from 50 countries. The Assembly is held every October in Reykjavík, Iceland.

As the IASC Secretariat recently moved to Iceland, IASC participated for the first year at the “Arctic Akureyri” booth, where information was available about Arctic research institutions located in the North of Iceland, including CAFF & PAME (Arctic Council Working Groups), the Stefansson Arctic Institute, the University of Akureyri, the Icelandic Arctic Cooperation Network, and several others. IASC materials reached over 10% of conference attendees!

Last, but not the least, participants loved IASC 2017 swag - approximately 10% of the Assembly attendees now have an IASC card-sleeve on the back of their phones! IASC was excited to see such productive engagement at Arctic Circle – so see you in Reykjavík again next October!