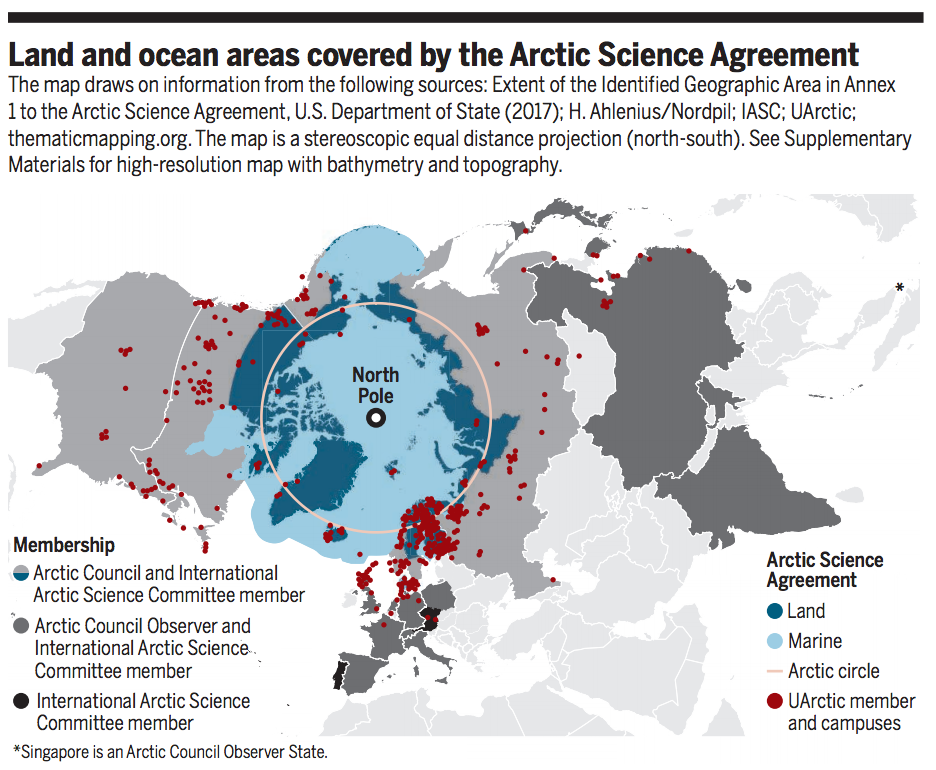 IASC and ISIRA (the International Science Initiative in the Russian Arctic), as well as IASC partners UArctic and IASSA among others, get shoutouts in this recently-published Policy Forum piece in Science Magazine.

"Global geopolitics are fueling the renewal of East-West tensions, with deteriorating U.S.-Russia relations in the wake of conflicts in Ukraine and Syria, issues involving cyber-security, and broader concerns about expanding militarization. Against this backdrop, the Agreement on Enhancing International Arctic Scientific Cooperation, signed on 11 May 2017 by foreign ministers of the eight Arctic States, including the U.S. and Russia, as well as Greenland and the Faroe Islands, is a milestone. This “Arctic Science Agreement” is a strong signal reaffirming the global relevance of science as a tool of diplomacy, reflecting a common interest to promote scientific cooperation even when diplomatic channels among nations are unstable (1–3). It provides a framework for enhancing the efforts of scientists working on cutting-edge issues, but translating the general language of the agreement into enhanced action requires further attention, collaboration, and effort among diplomats and scientists to ensure its successful implementation. With the International Arctic Science Committee (IASC) convening the International Science Initiative in the Russian Arctic (ISIRA) at the Russian Academy of Sciences in Moscow next week, we highlight steps to advance science, its contributions to informed decision-making, and its role in maintaining the Arctic as a zone of peace and cooperation."

(Note: The piece will be open access two weeks after publication.)