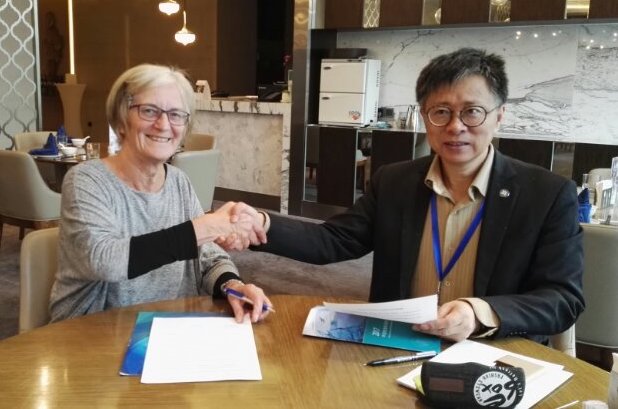 IASC is happy to announce that Dr. Rui Wang is IASC´s new Atmosphere Working Group (AWG) Secretary as of 1 October 2017.

Dr. Rui Wang received her PhD from Wuhan University in 2009, and then continued on to postdoctoral research at Shanghai Astronomy Observatory, Chinese Academy of Sciences. She joined the Polar Research Institute of China (PRIC) in March of 2012. From 2012 through 2016, she worked as an assistant researcher in the Polar Atmospheric and Space Physics Division; from 2017, she has worked as an associate researcher.

Dr. Rui Wang's research interest is on the atmospheric dynamics in the middle and upper atmosphere. She has investigated in the spatial and temporal characteristics of the high- and mid-latitude planetary waves (PWs) with radiosonde data. She has also researched on the variations of tropopause and tropopause inversion layer in the polar region during SSW with GPS/COSMIC data and MERRA reanalysis data. You can find out more about RuiWang and her research on ResearchGate.

Susan Barr (on behalf of IASC) and Huigen Yan (on behalf of the Polar Research Institute of China) have signed a Memorandum of Understanding, and Dr. Wang will stay in this post for the next two years. Secretaries, as part of IASC’s Dispersed Secretariat, help support the Working Groups by preparing for meetings, maintaining records, managing proposals, assisting in communications, and more. IASC thanks Dr. Wang and PRIC for their support of the Atmosphere Working Group and look forward to continued productive collaboration.