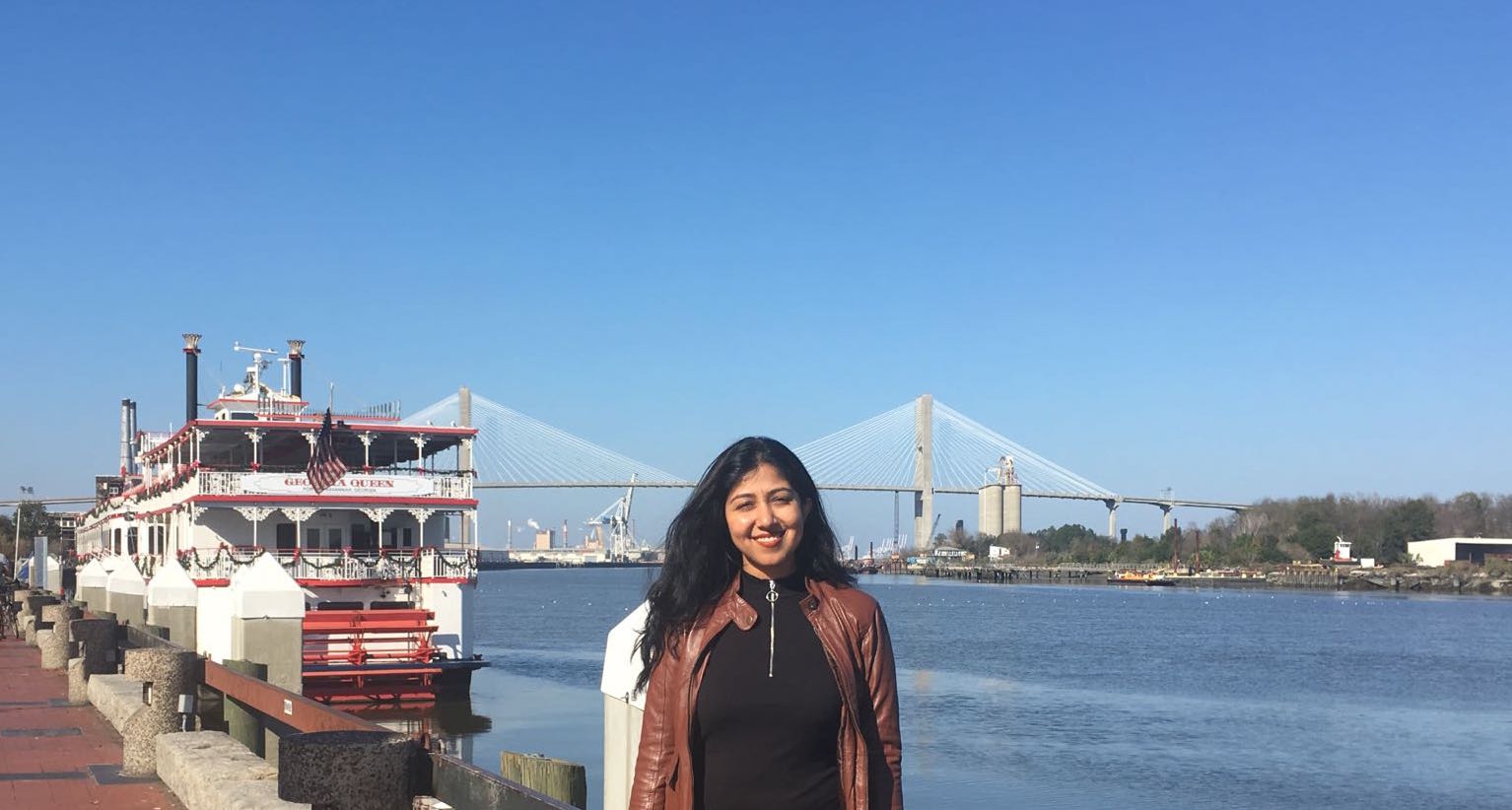 Our planet, the Earth, has held my curiosity since early childhood when I used to spend my nights learning from my father about seasons, tides, the tallest mountains, and the remotest oceans. I was 19 years old and studying to be an environmental engineer when the worst floods hit my home city, Mumbai. We received approximately 40 inches (1000 mm) of rainfall in 24 hours! That year, the ENSO conditions (which drives the natural variability of the Indian Monsoon) were normal, which raised questions about the role of global warming.
Three years later, I enrolled in the “atmospheric and oceanic science” Ph.D. program at the University of Maryland in the United States, to learn about weather, climate, and how to predict it. For my doctoral thesis, I studied convective thunderstorms and researched ways to improve their prediction using a state-of-the-art regional climate model. Following this, I assumed a postdoctoral position at NASA Goddard Space Flight Center to study atmospheric boundary layer turbulence in the Arctic using satellite observations.
While the polar atmosphere appeared to be relatively stable, any illusion of climatic equilibrium was quickly lifted. The Earth’s energy budget is changing due to greenhouse gases, and I learned that polar regions are at the forefront of this change (owing to the ice-albedo, cloud, and other feedbacks). The Arctic sea ice cover is diminishing and cloud fraction is increasing. We are observing climatic teleconnections between the melting Arctic ice and North American and European winters as well as the Indian monsoons.
My present research explores the interaction between ice, atmosphere, and clouds in polar regions, as they control the surface radiation and energy budget. Using remote sensing and in situ observations, I investigate the surface-atmosphere-cloud coupling over sea ice as well as the newly ice-free Arctic Ocean, and compare it with model predictions.
In the densely populated regions of the world, threats to human life are easily perceptible and often local in nature. It therefore seems ironic that the remote and pristine polar regions and their melting ice-sheets may pose a risk to global sea level rise. In order to work towards sustainable development, my role as a polar atmospheric scientist extends beyond understanding and predicting the Arctic climate to evaluating its implications within a local and global framework. But to do so, it is necessary to collaborate with other disciplines, as well as learn to effectively communicate my findings.
When I learned about the IASC fellowship, it sounded like the ideal platform to expand my scientific network and to pursue interdisciplinary collaboration with glaciologists, oceanographers, marine biologists, and social and other scientists. The IASC working groups are an excellent mix of scientists working towards goal-oriented tasks. As an IASC Fellow, I am invited to join a scientific working group and given opportunities to participate in their activities as well as to help organize international workshops and conferences. The Fellowship has allowed me to wade into the depths and breadths of Arctic research while opening up pathways for teamwork and better communication. The range of opportunities offered by this fellowship is invaluable for any early career polar researcher. Moving forward, I am hopeful that our community of IASC fellows becomes the flag bearers of Arctic research and sustainable development.