“I want to say: the Arctic has no borders”- Violetta Gassiy, Social and Human Working Group Fellow 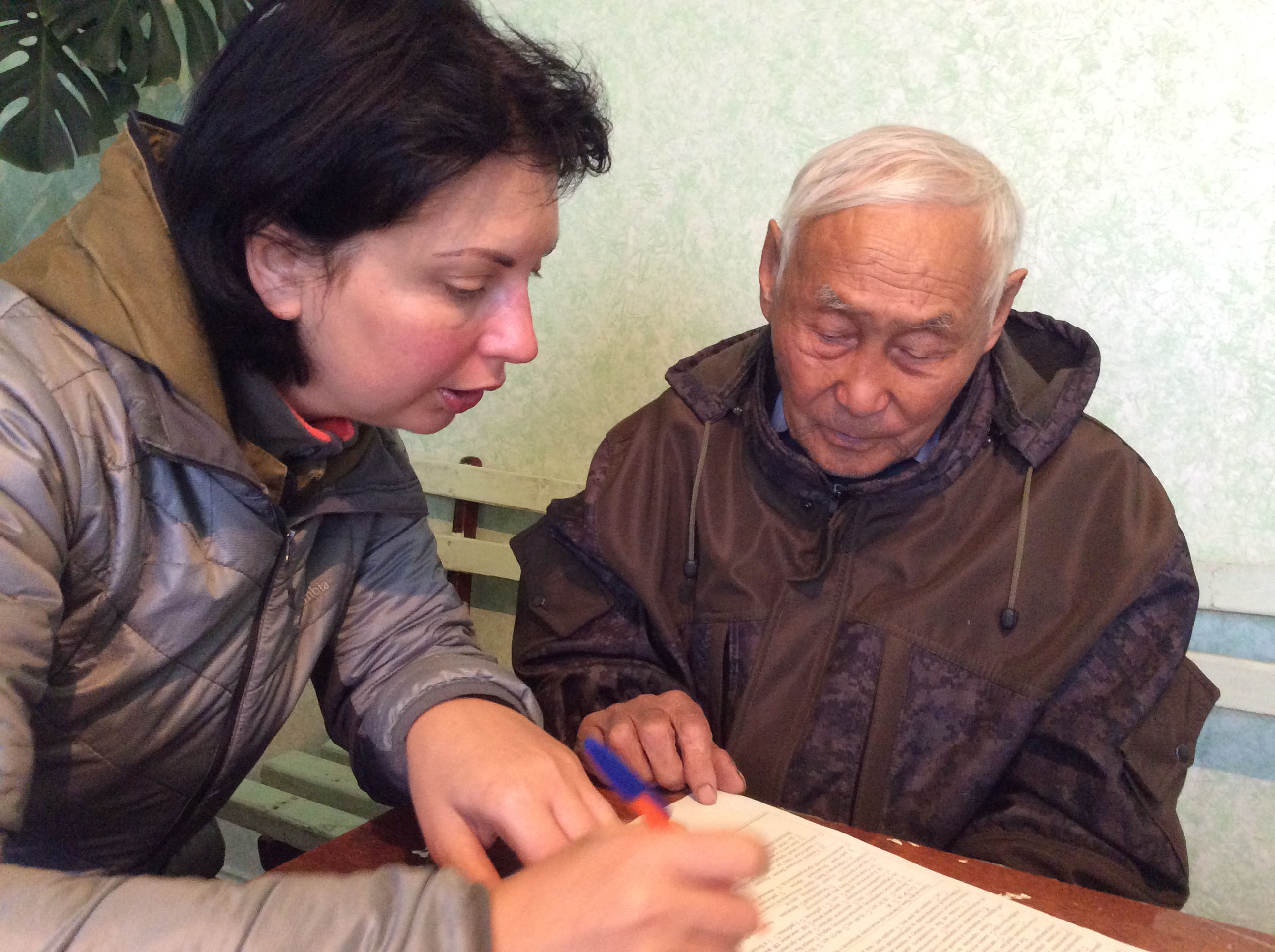 Starting this month, IASC will publish a short article each month about the research and experiences of the five newest early career scientists engaged in the IASC Fellowship Program.

If someone had told me a few years ago that I would become an Arctic researcher, would live in indigenous communities of Even, Evenki, Dolgans, would eat their food, fish with them, overcome huge distances along the tundra - I would never have believed it!

My long way to the Arctic began in the United States, where 10 years ago I was a Fulbright Visiting Scholar at the University of Wisconsin. I came to America after defending a thesis on local development at Kuban State University. I considered it in the context of social capital theory, so I already knew such concepts as “partnership” “sense of the community” and “social links and bonds” that could be applied economic development. However, professor from UW Steven Deller and his books helped me to expand my understanding of the local community development. Later, this experience was very useful to me in the Arctic.

After returning to Russia, I was very interested in the issue of sustainable development of the territory, its potential to develop economically but in harmony with nature. In 2016 in Moscow, I successfully defended my doctoral thesis on public-private partnership as a mechanism for the sustainable economic development of regions in the Russian Federation. Today I am a member of the Russian Society for Environmental Economics, as well as a certified environmental auditor.

Five years ago, I was invited to the Republic of Sakha (Yakutia) to participate in a project on Arctic development and the problem of preserving the territories of traditional nature management in the era of change. In this way, I discovered an endlessly interesting topic, where I was helped by the accumulated knowledge in the local community development. In 2010, the Republic of Sakha (Yakutia), one of the first regions of the country, adopted a law on ethnological expertise. This was designed to protect indigenous peoples and their territories during industrial development of the Arctic. The strategic interests of the country are related to the development of Siberia and the Far East, so investment projects increase every year and affect the interests of the indigenous peoples and the territory of traditional nature management. In this connection, compensation for damage (or benefits sharing) is an important issue for Russian science but in practice the mechanism has not been worked out. There are many projects on the extraction of oil, gas, gold, diamonds, rare earth metals in the Republic of Sakha (Yakutia). To start industrial activities, subsoil users must order an ethnological review to determine the size and form of compensation. Our research group went further in its work and suggested to use the sociological polls of the population (tribal communities), to propose the social and economic development approaches to the indigenous communities, and to determine the mechanism for coordinating the subjects’ interests (government, business and indigenous associations, communities). Subsoil companies seek consultations and invite us to assess possible options for interaction with indigenous communities. Thanks to such work, as well as scientific projects and my active research, I visit places where I will never get to be a tourist. I fly on airplanes, helicopters, sail on ships and boats, go on cross-country vehicles and ATVs helping the sides to find a common solution, to come to a consensus.

In Russia, they say that nature knows no boundaries, but when I look at the tundra, sunsets that turn into sunrises on a polar day, I want to say: the Arctic has no borders. Therefore, IASC work is so important that allows a Russian, Swiss, American, Chinese, Canadian or German and many others to feel like an Arctic crew aboard one aircraft. I am very grateful to the Committee. The IASC Fellowship program gives impetus, motivation, and support to scientists like me for the development of international research and interdisciplinary partnership. Recently I was on the coast of the Laptev Sea, where many early Arctic expeditions were held. I saw a polar bear, and I remembered the words of the philosopher Lewis Gordon, who said: “We need to save the Arctic not because of the polar bears, and not because it is the most beautiful place in the world, but because our very survival depends upon it.” He is right. Together let make the Arctic sustainable and safe.