IASC Report: The Arctic at the Crossroads: Cooperation or Competition? 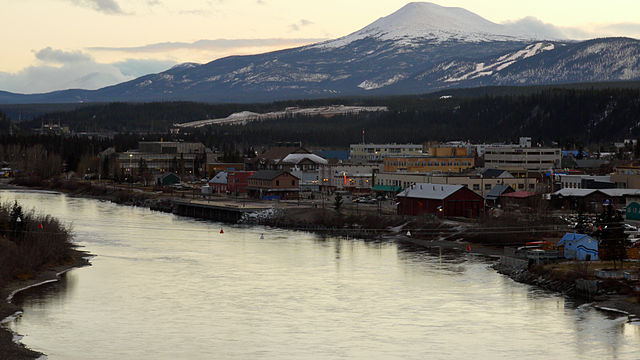 The Ditchley Foundation is a private foundation based in the United Kingdom that “brings together leading practitioners and experts from around the world to help shape policy on the major international issues of the day“ (www.ditchley.co.uk). This meeting (Whitehorse, Yukon, Canada, 9-11 June 2017) brought together diverse Arctic stakeholders from many nations, including politicians and other policy makers, northern community representatives, civil servants, navy and coast guard officers, business consultants (Arctic mining), legal experts including a United Nations Law of the Sea judge, economists and scientists. The central aim was to address the questions: how is the Arctic changing and is international cooperation adequate to address such change?

In brief, the meeting concluded that the Arctic is changing at unprecedented rates through forces that largely originate outside the region, and that improved political, economic, innovation and collaborative approaches are urgently needed to address these changes.

There were several recommendations for the Arctic Council (see attached report for details), and questions were raised about the degree of international cooperation. Although everyone was aware of the Arctic Council, but IASC was less well known. Yet as was pointed out in plenary, every nation represented in the room supported many delegates to fully participate in IASC meetings every year, and the level of international co-operation in Arctic science is outstanding.

While IASC was not explicitly mentioned, the final report by the Director (attached) alluded to the “unusual degree of international cooperation” in Arctic science. There was an opinion expressed from several quarters that scientists (and by inference, ourselves as IASC delegates) need to do a better job of communicating Arctic science issues to the public and policy makers, and this came through in the Director’s report, with the recommendation that:

“Arctic science needs also to professionalise its communications and to be less insular, meaning fewer meetings and conferences within closed groups and more time spent explaining what is happening to policy makers and other people with influence.”

There was also the recommendation to improve the scientific formulation of alternate scenarios for the Arctic based on current understanding, which would help guide adaptation and other management strategies, and to include to a greater extent traditional aboriginal knowledge in scientific research, for example by direct involvement of the communities in the research. Several nations, including Canada, are explicitly addressing these aspects.