IASC is pleased to announce that the 2016 IASC Medal, which is awarded in recognition of exceptional and sustained contributions to the understanding of the Arctic, goes to 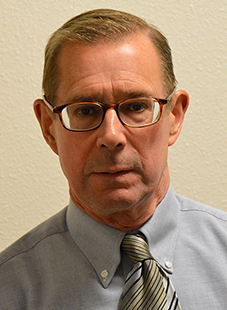 The IASC Medal Committee (David Hik (Chair), Yves Frenot, Jackie Grebmeier, Joan Nymand Larsen, Sivaramakrishnan Rajan) reviewed the nominations received and unanimously decided to honor Dr. John Walsh for exceptional contributions to modeling and evaluating climate change impacts in the Arctic, particularly with regard to his sustained and distinguished contributions to quantitatively improving our understanding of the Arctic, from climate and weather extremes to hydrology, sea ice variability and the human dimensions of climate change impacts; and for his outstanding record of service and leadership to the wider Arctic science, education and policy community.

The 2016 IASC Medal will be awarded by the President of IASC during the Arctic Science Summit Week 2016 in Fairbanks. The award ceremony will include a short introduction by the IASC President and a 30 minutes lecture by the awardee.

Dr. John E. Walsh is the Chief Scientist of the International Research Center at the University of Alaska, Fairbanks.  His research has addressed Arctic climate and weather, with an emphasis on the variability of sea ice and snow; the drivers and of Arctic change; and the future evolution of the Arctic system. His work has bridged observational data and model simulations. Walsh was a Convening Lead Author for the Arctic Climate Assessment and the U.S. National Climate Assessment (2014), and a lead author of the Polar Regions chapter for the Intergovernmental Panel on Climate Change.  Before joining the University of Alaska in 2001, he was on the faculty of the University of Illinois, Urbana.  He has co-authored a textbook, Severe and Hazardous Weather.  He is an Editor of the Journal of Climate and a Fellow of the American Meteorological Society and of the Association for the Advancement of Science. He received his B.A. in Mathematics from Dartmouth College in 1970 and a Ph.D. in Meteorology from M.I.T. in 1974.